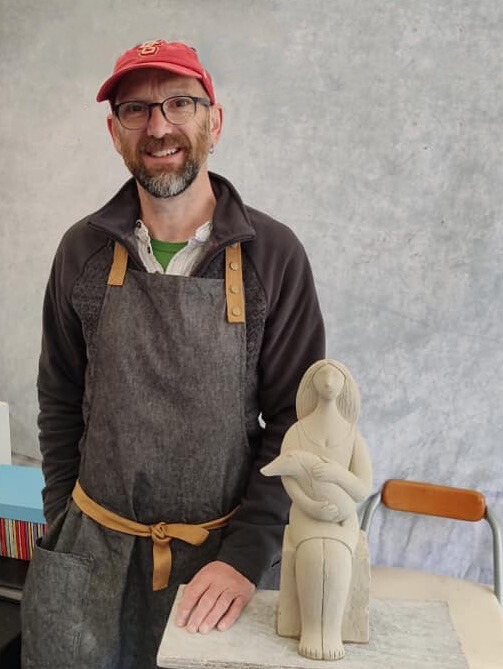 In his studio on the edge of the Peak District, Paul creates sculptures that give us a feeling of another reality where there is peaceful co-existence between us and nature. Paul exhibits his work across the UK, and there is a strong following for his bold semi-abstract pieces with their graceful sweeping curved and simplified forms.

“In my work I play with the conventions of fairytales and fables, often turning the stories on their heads and twisting them. Goldilocks has made peace with the bears and Red Riding Hood has grown up to be a confident femme fatale who entrances the Wolf.  There are many ‘first-nation’ stories of a time when beasts could talk and the world was one, not divided into the human/animal worlds.

I am interested in our perception of the animal kingdom, told through fairytale and fable, art, books and film, rather than realistic depiction.  A big influence on my work has been Angela Carter who wrote several short stories and novels on the theme of fairytales, “The Company of Wolves” and “The Bloody Chamber” being among the most famous. She tells tales of transformation, wonder and strangeness but, however dark the stories are, there is, more often than not, a redemptive ending.”