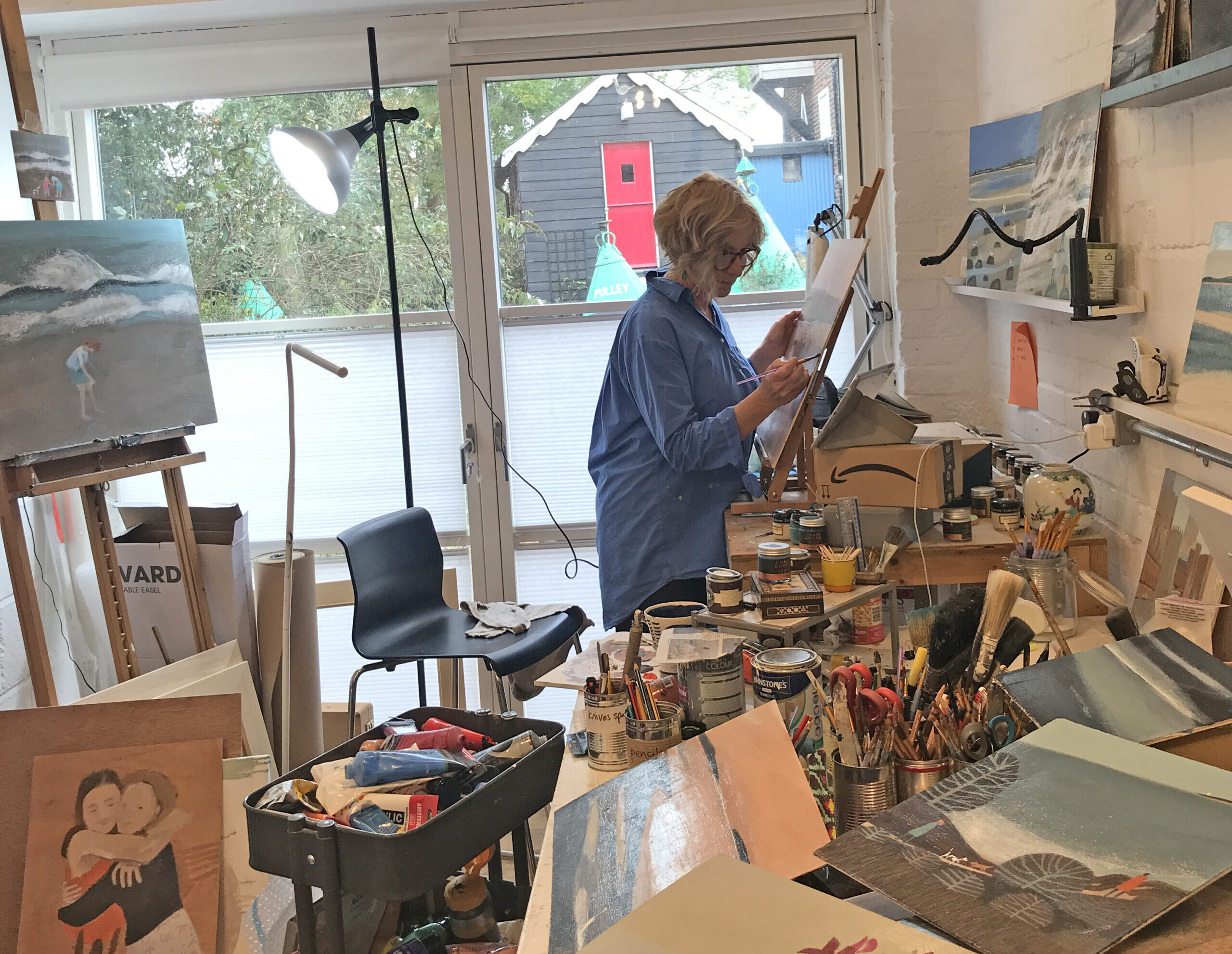 Barbara studied Fine Art after first training as actor. She has combined a career in theatre and as an artist ever since. Perhaps it is because of her roots in the theatre a sense of narrative pervades her paintings, albeit it elusive. The landscapes and the figures that appear in them evoke something neither real nor imagined, more a world half remembered. Barbara is a member of the esteemed Contemporary British Painting group and has paintings in collections around the world.

“I’m interested infigures in landscapes, I like depicting figures emerging and disappearing from view, glimpses of fleeting moments. Most mornings I wake early and I go out along the estuary where I live, trying to capture dawn light mirrored in the water and wet mud, sketching marshland birds, small fishing vessels, the workings of the gravel pits and the early morning mists. Mostly I try to capture the feeling of being there. Later in the studio I develop the sketches into paintings sometimes introducing displaced figures from memory or old photographs.”